I love a good fruit dessert! In honor of Pear Helene Day I thought I would venture out and try something new – Pear Helene! 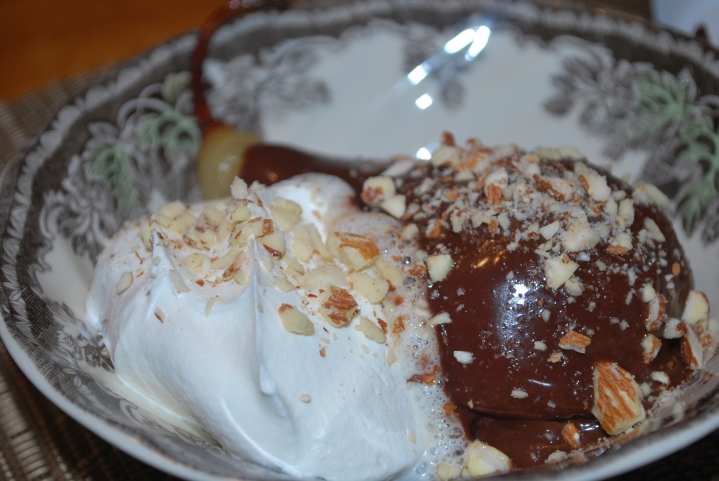 This a poached pear with chocolate sauce, whipped cream and almonds. Doesn’t it look so good? I can’t believe I made it!

I followed this recipe for the pears. Mine were Bosch pears and I added a cinnamon stick to the sugar mixture. Instead of pistachios I used a sprinkle of almonds. (I made these changes/ additions after looking at multiple recipes and trying to use what I had on hand). 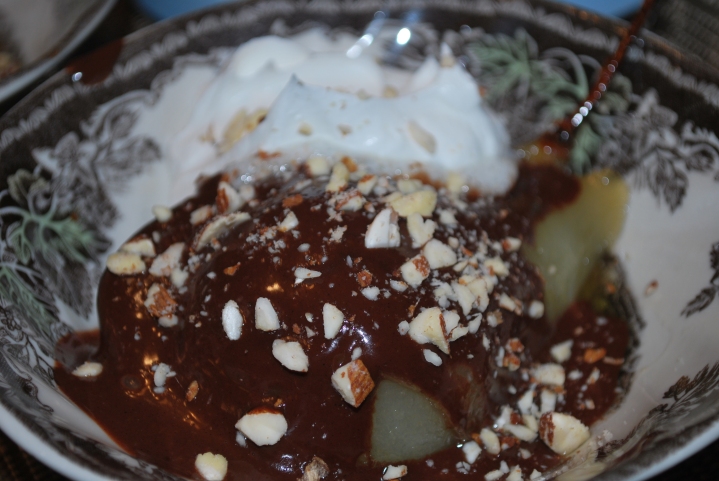 The chocolate sauce in the first recipe had strong coffee as an ingredient so I opted to use this recipe because I wasn’t sure if Jeffrey would like it.  I will be trying the coffee version next time – since I LOVE coffee. 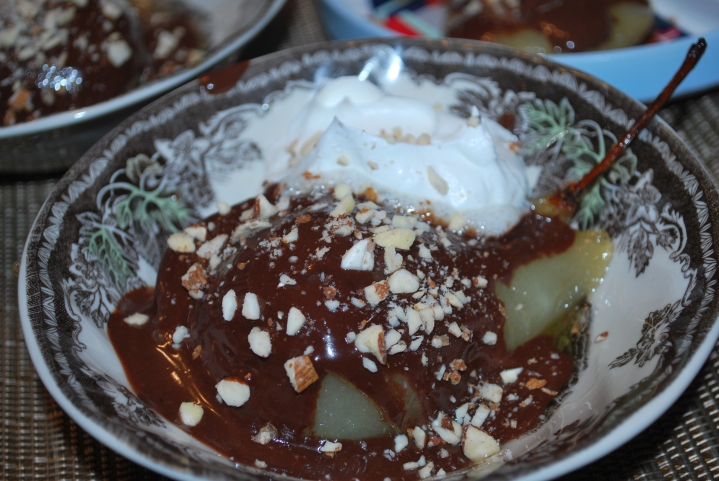 This was such a simple dessert but so good. I wouldn’t call it “healthy” but there was something so refreshing about it – eating a poached pear for dessert. Yum! This treat will be added to my recipe box.