Since I didn’t do as much as I had planned for Jeffrey’s “actual” birthday… I decided to continue his birthday celebrations through to his party.

And I assembled his car themed birthday banner… cute right?

Then we headed to get a birthday cupcake – Lemon Raspberry to be exact. He loved the frosting best!

Jack had a few bites too with a bit of “bah” on the side.

After a trip to the store we went to the hospital to meet MeMa at the time of Jeffrey’s birth! I know it was a day late but I had brought him to the hospital on his 1st and 2nd birthday and I felt bad for breaking tradition.

MeMa left to pick up Auntie Na who flew in from Italy and I brought the boys to the park before dinner. 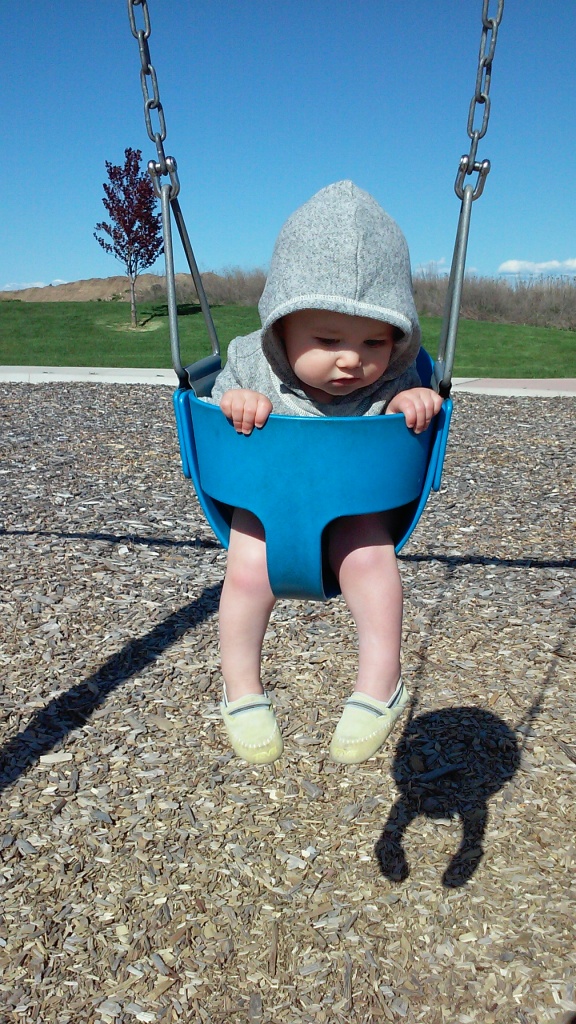 Climbing off some energy…

Once home, while I prepped dinner, Jack had a snack. You know these hard-to-spill snack cups… they don’t work with Jack who purposely takes them all out to dump on the floor

“Thanks for keeping the floor clean for me mom…”

Then FINALLY Auntie Na arrived with presents! As soon as MeMa walked through the door Jack went speed crawling to her – it was adorable!

Adorable Italian clothes to be exact!

Jack had barely seen Auntie Na before and cozied up to her! I love it!

To end a fun-filled day Jeffrey was surprised with his tool table from MeMa.

In addition to birthday celebrations I made sure to celebrate National Day of Prayer. Ironically enough, I had a few prayer requests from friends with sick kiddos to big life changes coming up.